In a previous blog post, I asked an unconventional question, “What if ‘more’ doesn’t involve doing more; but ‘doing’ differently?” and began to highlight key takeaways from a 10-year “Eat Pray Love” journey that I inadvertently found myself on, after feeling the pull toward more. 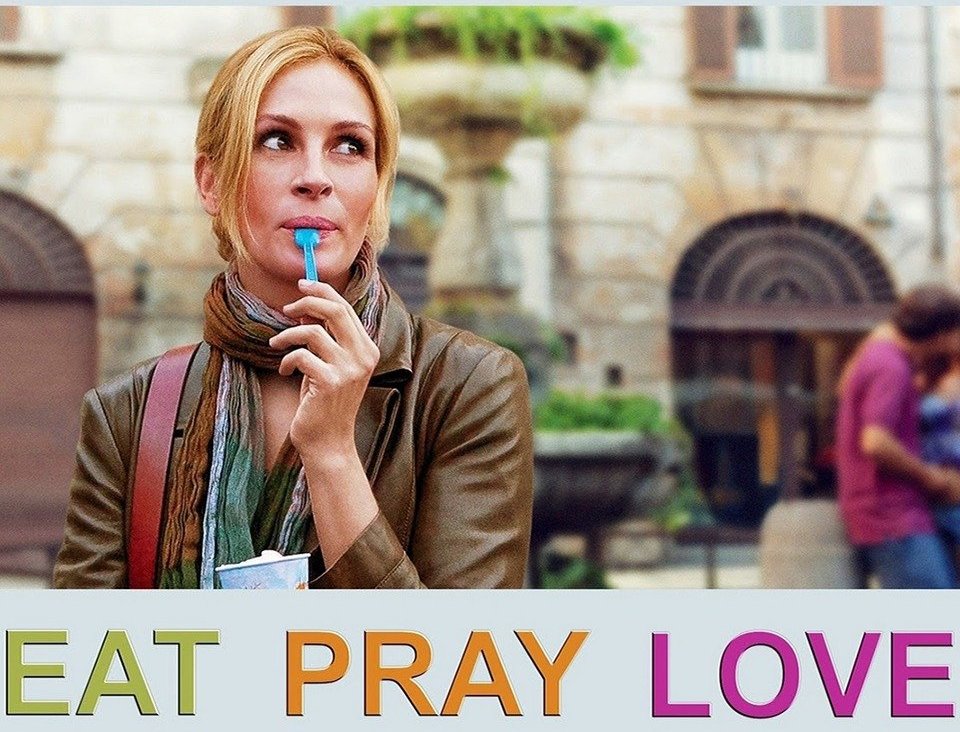 Journeys are funny things. Logically, we don’t start one without knowing where we want to go. When you hop on to Expedia or program your GPS you need to know where you’re starting and where you want end up.

Planning any journey, the route you take is important, but we don’t really get anywhere until we understand the ‘here’ and then ‘there’.

Liz’s question in the early morning hours ‘ how did I get here?’ was my question; phrased differently, same sentiment. How do we get so far ‘off track’ from what or where we originally plotted out for ourselves, whatever that is?

“Here” in a nutshell, was a place where everything had become about the work and I was beyond worn out and tired; I was worn down and burned out. I had gone from doing work I enjoyed and was good at, to doing more and more of it, and experiencing less.

“Here” was a perpetual feeling of grinding it out day after day, struggling with the alternating frustration and need to ‘make it work’, which produced less because I was either spinning my wheels or I just couldn’t get started.

Finding myself ‘here’ was curious because I’d always been a reflective person, I had a basement full of journals to prove how much I ‘worked’ stuff out by writing, yet I also couldn’t see the big picture anymore.

“Here” was mired in the quicksand of the details; stuck in the weeds as they say and focusing on the 10 feet of the road in front of me, having lost sight of my ‘there’.

Those 10 feet caused me to go past the same mile markers, over and over and over again. For example, knowing that what I didn’t want and continuing to try to take myself into again and again.

I began to tune in to a lot of the common language that ‘here’ uses, the clichés, the keywords and phrases that we are taught and learn.

“The grass isn’t always greener” and “better devil than the one you don’t”.

As I tuned in, I began to see more, like where do these ideas come from? In no scenario that I’ve found, has there ever been a ‘good’ devil – known or unknown. Yes, the grass isn’t always greener and, sometimes it is.

Trying to make everything work ultimately meant I made ‘everything’ work.

Eat Pray Love made me coherent to the truth that I didn’t need to live a one-dimensional life…tired, worn out and work-weary.

The Pattern and The Essence

I became aware of the pattern around 2012 and identified the essential essence of the pattern in 2016. I was work-weary, because I had somehow learned to make ‘everything’ work.

My health a struggle, my relationships struggled. I made ‘everything’ work including my spiritual pursuit. The relationship I had with the work (and life) didn’t have the same sense of ease, flow, calm-busy or dare I say, JOY, that I saw in other people’s lives (and work).

And eventually, I learned the hard way that work-weary is simply not sustainable. It was the same pattern I saw reflected through Elizabeth Gilbert’s Eat Pray Love.

It’s not about the work; it’s what the work enables. The sum of the whole, fuels each part.

The movie was one of many things that I encountered that ultimately enabled me to see my version of ‘here’ and it helped me galvanize where I might find my version of ‘there’.

It wasn’t Italy, India or Bali (though two of those are still on my bucket list). It wasn’t learning a new language, though in a way I guess I did.

It came through: Manifesting More, Opening to More, Relating to More and Experiencing More.

Where is your version of ‘here’ and what if, there’s more (or less) to what we’ve been taught and what we’ve learned getting ‘there’?