If this is your first encounter with Becoming Coherent this post wraps up series that looked at my 10-year evolution to creating a different Endgame: An Infinite Game.

Five movies made me more coherent and through this series I shared how my landscape changed, I shared the deadends I encountered and the highs and the lows of travelling through my own Eat Pray Love journey.

I learned to ‘see more’ of the infinite game through Ready, Player One and I opened myself up to SO much more than the conventional and mainstream, by re-watching The Matrix and Moneyball.

I learned over the past decade that there on thing that changes everything – the relationship, and saw this very human intersection personified in The Fifth Element.

There is an ultimate endgame, which few people ever really achieve – their highest human potential. It is part of my endgame, but more as a happy by-product than a goal. 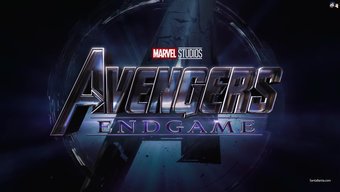 My experience over the ten years from 2007-2017 convinced me that it isn’t because it’s hard or difficult per se, but it’s because the culture of North America and North America’s business culture is in no way aligned to each person reaching their highest potential.

In 2007, all I could see was the finite game. By 2012 I could at least articulate that I wanted more than what I perceived as ‘finite’ outcomes.

By 2015, I was able to articulate more clearly that I wanted more than a life of work; work that felt like the struggle was real and grinding it out everyday.

I wanted more from my work, I wanted it to mean something.

I wanted more from my health – to live well and age strong.

I wanted more through my relationships, my spiritual connection and my time/money freedom.

I had to diverge from the mainstream, conventional paradigm on business in order to see more and open to more than definitive endpoints, levels of achievement, winners and losers and the rules (competition, conflict and scarcity) of that finite game.

In 2017 I encountered a setback. I found myself doing more and more; and the momentum I’d created stalled.

That year, I learned at a deeper level the pattern of The Matrix and began to relate ‘more’: to what my clients envisioned, to the hard truths and to playing as an infinite player; embracing an infinite game.

In 2018, I engaged a new coach. She began teaching me how to take all of the ‘head knowledge’, the information, the learning from the previous 8-9 years, and embody it. I came to understand the distinction between knowing about something and truly knowing it at the marrow of my bones.

The Shift from Work-Weary

The pattern of The Matrix, was amplified by my own pattern, and I learned to shift from work-weary to a life 360º

Part of my infinite game is the work – which I write about, share in podcasts and occasionally cut a short video to help others make the journey, and make it more coherently than I did. My approach is THE universal approach, filtered through the lens and language of my own experience uncovering it.

The approach is as simple or as complex as you want to make it. There are four pieces noted below, if it feels to simple to be effective – chances are you are where I was in 2007.

The struggle with simplicity becomes our weakest link.

As you take your next step forward, here are the four universal components I found to create more AND experience more, coherently:

1 – Manifest More: In simple terms, manifesting is not magic; it’s methodical. It’s defined as ‘seeing; making something visible, to the mind or to the eye’.

Remember The Matrix: Seeing more, seeing beyond the Matrix of competition, conflict and scarcity; AND seeing more clearly, your version of more.

2- Open Up To More: Our world grows more incoherent by the moment. There is so much more we are being asked to ‘do’, with less. Achieving our version of more (without piling more on us) means opening up to far more than we might currently consider – from science AND spiritual traditions.

Remember Moneyball: Consider the outrageous, like economics and baseball (I dare you); read, listen to or spend time unplugged from the conventional and mainstream. You can start here with the Becoming Coherent podcast or plug into other voices that are simply saying different things.

3 – Relate More: The third pathway to more comes through our innate relationship lens. It’s all about the relationship, with everything. With the customers who are on your wavelength; the business itself and the relationship you have with all five dimensions of your life. It’s about relationship with the tangible and intangible; with the animate and inanimate; the material, mental and spiritual realms.

Remember The Fifth Element: Look for the relationship between your five dimensions and the relationship your business (work, job, career) plays; look for people who share your wavelength, who feel like they are in-sync with the contribution you really want to make through the work.

4 – Embody More: Of the people who set out to create more; the vast majority are not able to sustain more (for long), for the same reasons we fail to follow through on New Year’s resolutions. We don’t know how to embody what we learn so that it becomes a part of our DNA, so to speak. Janis Joplin, Jimi Hendrix and Kurt Cobain were BRILLIANT musicians who couldn’t embody their version of more – so when they achieved it; their crashed and burned. They knew about success, but they didn’t know in the fibre of their being what it would FEEL like to be successful. Head knowledge to heart wisdom, for me came by experiencing, living and integrating ‘my more’ in the here and now.

Remember Ready, Player One: The infinite game is the game we play, because we just love playing it. It disregards the rules and focuses on the relationship – with ourselves, our business, our community of customers, with other humans…it is also only ‘won’ when we truly embody and experience more in all five dimensions.

Open Up to More.

There was a time in my life when I would have wanted to tell you that there was ‘more’ to it than this.

That was then, this is now…

Sure, here is depth to what I learned but the structure itself is deceptively AND, sweetly simple.

I want to close this series with a quote I took from one of the many books I discovered along the way, that encapsulates my endgame…

Call me a dreamer – and I hope you do – I want a life of delight in 360º. Part of that includes meaningful work that creates MORE for all who encounter it. And, I want more health, wealth and love for myself and for each of you.

I want to change the game. For one or more of the tired, worn-down and work-weary.

I want to change the game for those who are in a battle – trying to create more and are achieving less.

I want to change the game for those who are burned (or burning) out because no one has told them of the infinite possibility that awaits inside an infinite game.

It would be my delight to support you in taking this further. Here is a link to my calendar where you can find 45 minutes to connect with me about where you are on the journey – how much of your business (and life) is happening above the line or below it and how to shift the trajectory of your evolutionary journey.