Ready, Player One: The Game of Business 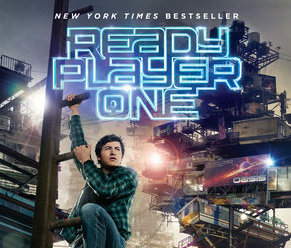 This post is one in a series around the movies that framed a 10-year journey out of a life of work into something more, which included seeing the finite nature of the ‘game’ of business.

There were FIVE movies that created tectonic shifts in my evolutionary journey; moving from work-weary to a life 360º and here I initiated the ‘Eat Pray Love’ journey by describing my version of what ‘here’ looked like.

Ready, Player One | The Game of Business

It may seem to make more sense to trace the path from here to there; but that was the single, fundamental shift of the last decade for me.

In 2012, my ‘there’ was initially an abstract, vague idea of “a life beyond the work and meaningful work that I see myself doing indefinitely”.

Long before I encountered Ernest Cline’s Ready, Player One (Warner Bros et al., 2018) or a complementary train of thought from Simon Sinek about the game of business; I had described an infinite game.

I am not a gamer and I can assure you that don’t need to be either in order to resonate with the core distinction between a finite and an infinite game.

As I worked with my ‘endgame’ I encountered Simon Sinek’s paradigm supporting the overwhelming evidence that our cultural narrative and the conventional business paradigm, favours a very finite game.

The kind of games characterized by levels of achievement that lead to a ‘final’ level. There are very clear rules and largely homogenous, either-or outcomes along the way. One winner, and everyone else lose, and finite games that are played to be won.

Football is a finite game as is the card game cribbage.

In fact, look around you’ll find that the vast majority of games we learn to play are finite in nature, or they are MADE finite by how they are played.

Finite games contain an underlying spirit of competition; they often create a sense of conflict; and, they endorse a scarcity mindset.

These kinds of games pit one person against another, the home team against the rivals and, in Sinek’s appraisal, the majority of business is also played as a finite game.

In business, the language of the finite game is competitive analysis and competitive landscapes, it considers tactics that beat the competition (at their own game) and there is a drive for a greater share of the market, all of which suggests there is only so much to go around.

From an early age we are taught the language of competition, conflict and scarcity, which may have a place on a playing field or with a deck of cards, but by all accounts it’s presence doesn’t belong inside our work, the business or life 360º, some may say it is pulling at fabric of business and culture and, at the humans inside business and culture.

Ready Player One made me coherent to the truth that there is ONE game of Business and it really does come down to the way I choose to play, that makes it ‘finite’ or ‘infinite’.

Ready Player One: The Infinite Game

I was on my way to Los Angeles for a weekend retreat with my coach and was looking for something to watch on the flight down. I scrolled through the selection of on-board movies and initially rejected the ‘gaming’ film. But something drew me back.

Recall that I’m not a gamer (unless you consider a seasonal interaction with online bingo ‘gaming’) and it was only because of what I’d watched of Sinek’s interview that caused me to take a second look at Ready, Player One.

This movie does a brilliant job of creating in full, HD colour the finite-ness of the finite game, and the possibility of the infinite.

Directed by Steven Spielberg – an infinite player in his own right – Ready, Player One helped me understand the base principles of a subtly and substantially, different kind of game.

In 2012, I declared my ‘where’ to be something like a game of business, that I would love to play, indefinitely.

Listen to more of the language woven into the Finite Game: Words with Power

Thinking of “business” as a game is not to suggest that it’s ‘frivolous’ or without consequence, it is neither, and actually quite the opposite!