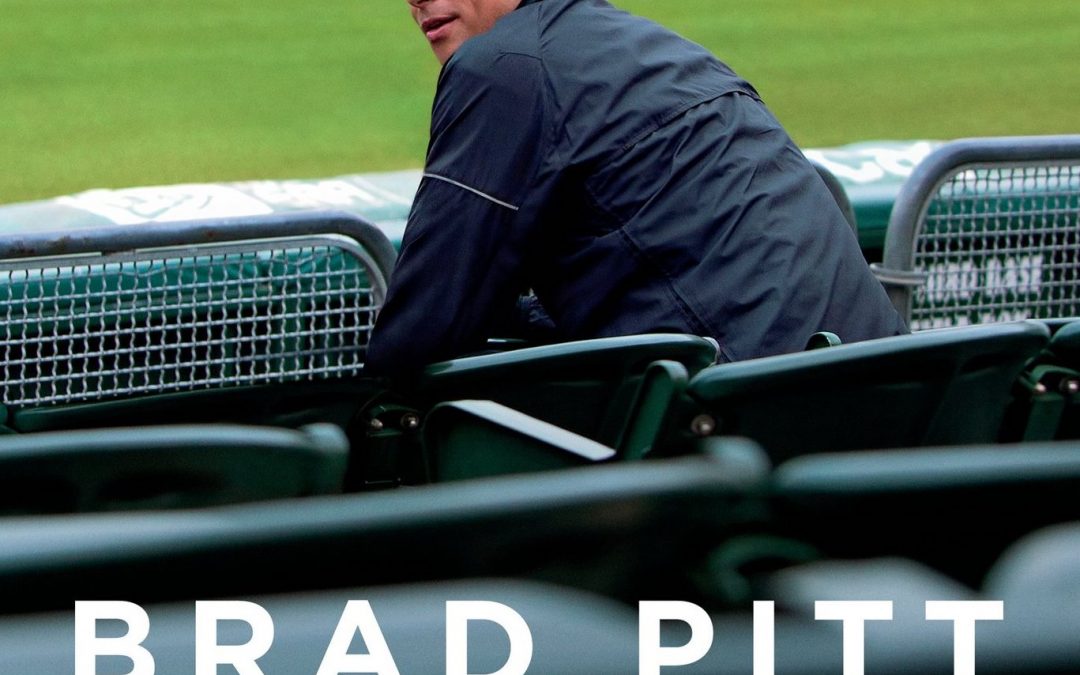 An infinite game as an infinite player…if this is your first interaction with me, this is the third in a series that share KEY insights I took from five movies, which had a fundamental impact on my 10-year long, evolutionary journey; and, you’ll want to know before you begin that I tend paint outside the lines of ‘conventional’ business..it’s part of my moneyball mash-up.

Moneyball made me more coherent to this timeless truth

own unique, individual Moneyball Mashup than anything else.

In the last post, I shared four elements I discovered that create “infinite players”. *It might be beneficial to read this for ‘infinitely’ more context”. These four things have become the CORE of how I support people in creating more and experiencing more – inside the business dimension of our life and beyond it. 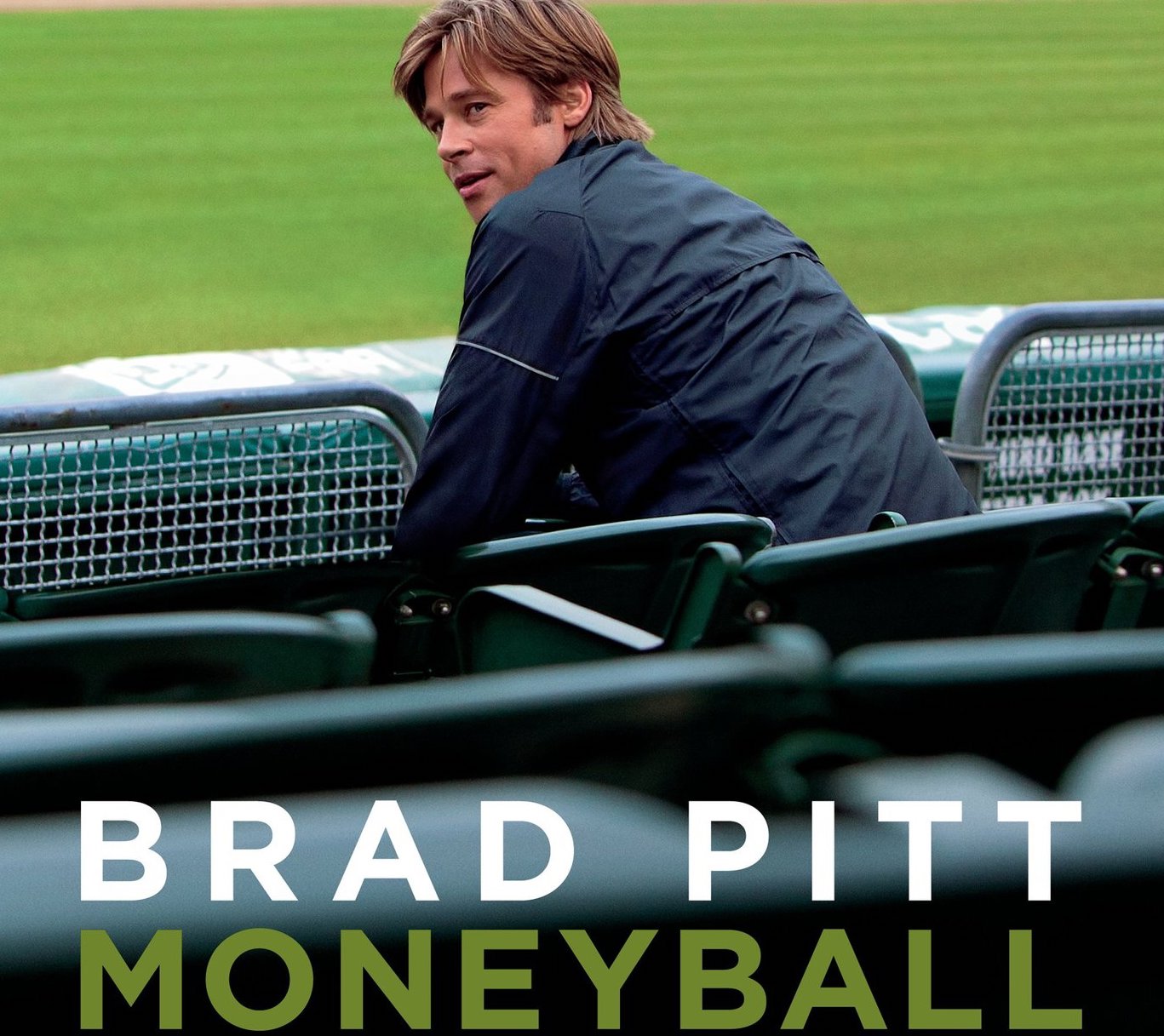 It does not matter if you love or loathe baseball. Moneyball is like Becoming Coherent 101, especially if you are drawn to the idea of becoming a Business of Tomorrow. The subtitle for the book, written by Michael Lewis, is ‘the art of winning an unfair game’.

It’s an unfair game because it’s played as a finite game.

In 2004, Billy finds himself at the peak of frustration after coming SO close to winning the coveted World Series, only to lose to the New York Yankees…he found himself in a finite game, as a finite player. In one scene, he valiantly tries to connect his coaching and recruiting staff to the real problem,

Billy was searching for a way out of the finite nature of the game and was feeling the pull to find something that would enable his team to keep playing, he was hoping that somehow ‘the old becomes new’.

Inside the finite game there are finite rules – written and unwritten – linear trajectories of success and single-focused endgames.

Beane comment above shows that in baseball, one of those unwritten rules is that teams with money usually win; teams with less money sometimes win; and, teams under 50 feet of crap with next to no money (relatively speaking), really don’t stand a chance.

Business has all the same kinds of rules, trajectories and endgames. Some are universal (they impact everyone), others are segmented (by industry, gender, ethnicity, religion, socio-economics, geography) and a few are more individual in nature.

There have been 100s of commentaries that suggest Beane was trying to change the game of baseball and hundreds more speculating on whether every team could ‘Moneyball’ their way to the World Series.

I think all of these commentaries miss the main point that Lewis was trying to make OR at least the one I’m going to try to make.

Every team didn’t NEED Moneyball; the Oakland A’s did.

Billy Beane wasn’t trying to change The Game of Baseball.

He was trying to change the game he was playing so that he and his team could KEEP playing.

Billy became an infinite player and started playing an infinite game when he chose to manifest more (to see more) and open himself up to the possibility that creating the experience of more – for his owner(s), the spectators, the players, his staff and for himself – could emerge through a unique, individualized mashup of a highly unconventional collboration of ideas.

He listened to his gut instinct, his intuition or ‘voice of inspired wisdom’, which told him to have a conversation with a student of economics about baseball.

The Magic of Moneyball

It’s not about changing THE game, though at one time I really thought it was and I have to cause myself to remember that our ‘job’ isn’t to change The Hunger Games of Business anymore than Billy’s job was to change the Game of Baseball.

The Finite Game may very well continue indefinitely, even though it is wildly unfair.

The magic is in changing our game, solving the problems WE have.

It’s not about reseting to zero AND we don’t have to take ourselves 180º into something completely different in order to create the change we want to see – in our career, our business or the world for that matter.

Ghandi told us how to do it ‘be the change’ and Billy Beane showed us how he did it and inside RECALIBRATE I support Solopreneurs understand MORE of what theirs is.

The KEY is shifting one degree at a time and mashing up the old with something more until it becomes new – inside the business and beyond.

Tuning into when we are playing by rules that no longer serve US and when those rules and the ‘game’ itself keeps us from playing our best game.

The finite game will take every possible approach to convince us that what we have is good enough, who we are isn’t enough (or too much) and it will work very hard to keep us from creating more and experiencing more of OUR ultimate Endgame.

For my part, good enough was good enough, until it wasn’t; it took me FOREVER to see that I wasn’t creating more or experience more, inside my business dimension and most certainly not beyond it.

IF I am changing any game, it’s in service to my ‘team’ (ie: my Community of clients). My Moneyball Mashup creates a ‘magical’ experience of more for them, which enables them to KEEP playing.

Incidentally, this is also what creates more and allows us as owners to experience more, inside the business and beyond.

If you haven’t watched Moneyball I think it’s a game-changer.

If you do, pay special attention to the final scenes between Billy and the owner of the Boston Red Sox. You will quickly see that evolving into an infinite game as an infinite player isn’t just a nice to have, a pretty philosophy or pie in the sky idea.

It is a pathway that EMBODIES exponentially more.

I absolute LOVED Moneyball…I mean REALLY loved it…and it’s the core focus of of all the work I do with Solos and Micros, inside my business & beyond…and I fundamentally believe that its ‘magic’ is available to every single one of us.