MOVIES: Made Me More Coherent

How do we get here? It was a question I started asking in 2005 and was still asking in 2007 as I wrestled with an unrelenting ‘pull’ toward more…more of something that I just couldn’t put my finger on.

It was also a question asked in the quiet early morning hours that took Elizabeth Gilbert on a journey to the very heart and soul of reclaiming her life, in 360-degrees. 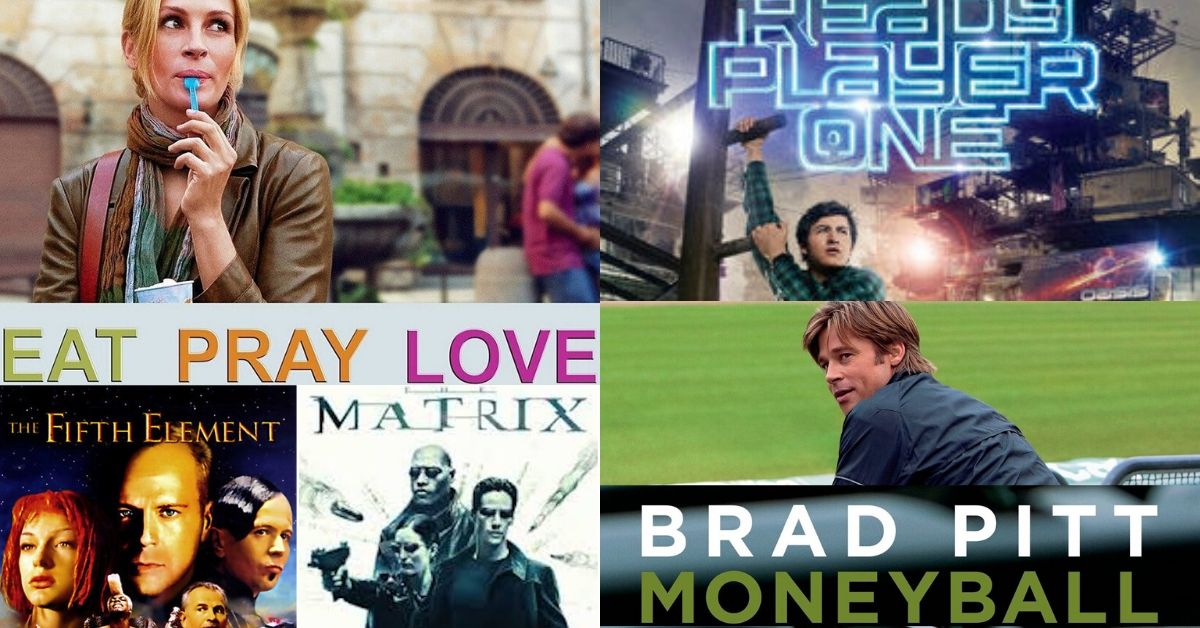 Since its release in 2010 the movie has earned $204 million, which coincidentally, endorses my estimate. When compared to Marvel’s Avengers, Avatar or Titanic – each having exceeded $2 Billion in box office sales, Eat, Pray, Love has earned between 7-12% of these epic blockbusters.

There was one place I found that I could drop the pattern I found over the past ten years; and it was inside movies, music and books. These three things consistently had the ability to help me let go of the ‘work-weariness’ and transport myself into a different feeling.

I’ve come believe that pretty much everything is both a container and a conduit.

Movies, books, stories and music can be a container – something that enables us to experience more and, a conduit – a means by which learn more about how to create more.

In 2007, I inadvertently stepped into my own “Eat Pray Love” only unlike Liz; mine lasted the better part of 10-years. It was a decade of trying and doing more and experiencing less; of being worn down by the hustle, the struggle and the grind.

The containers were The Matrix, Moneyball, Ready, Player One and The Fifth Element, and they became conduits for me to articulate and share more of what was a complex and yet, a much simpler journey than I could have imagined.

As I asked the single question through Eat Pray Love – how did I get here; and I began to see glitches in the Matrix; cracks in the veneer. I saw things I hadn’t seen before, that didn’t line up.

The cultural narrative and a very conventional business paradigm, fuels the cycle of doing more to have more; doing more to keep more and, for me, doing more than began to produce less.

Outside the matrix, the people I encountered, asked those uncommon questions and were experiencing…well, far more than when they were ‘inside The Matrix’. They were building or had building businesses based on something other than the incessant drone of competition, conflict and scarcity. Read More

I spent three years exploring my own Moneyball (Sony Pictures et al, 2011) mash up. I chased down rabbit holes and I explored Wonderlands of psychology and sociology; world religions, yoga, quantum physics and universal law and I began ‘mashing’ them up to uncover a coherent worldview based on creativity, connection and collaboration.

I was utterly inspired by the movie Moneyball because it showed me how the unlikely complement of economics and baseball, turned Billy Beane into and Infinite Player. Read More.

I rediscovered The Fifth Element (Sony Pictures, 1997) and two sides of the same coin. I saw through a plethora of other movies after this – that the ‘missing element’ is a human one and that the human element is a complement to four other things. Coherently – it’s not about the business.

The business is one fifth of a life, 360º and it is the sum of the parts – inside the business and beyond – that enables us to create AND experience more. Read More.

I am not a gamer. But this was a pivotal piece for me, because it described in clear terms, what had sent me on my 10-year journey. I wanted to play as an infinite player; and create an infinite game of my own. It was more than a simple reset; I found instructions for an infinite game and I continue to become a more coherent, more Ready, Player One (Warner Bros et al., 2018). Read More.

This series shares parts of my story that reflect the shared journey of others who are Becoming Coherent.

‘Becoming Coherent’ cost more in time, energy and money than most could imagine spending, more than I could ever really tally. Yet, we each have a version of more – more of the life we envision for ourselves – the challenge now is, can you create it more coherently?

What if having ‘more’ doesn’t have to mean doing more but doing, differently?

Listen More: The Coherence of Queen